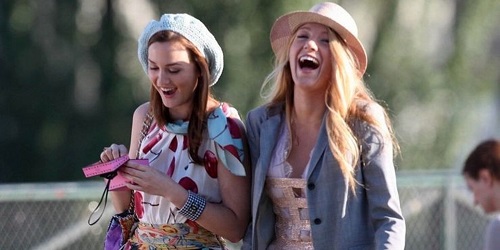 Do you remember the sagacious words of Gossip Girl about Paris? Find out which are the perfect quotes to use as an Instagram caption!

Gossip Girl is one of the most beloved tv-series of the 2000s. Aired over and over again, more of a generation get affected to Serena, Blair, and all the young adults of Manhattan.

The entire show is about the friendship of Serena and Blair, 2 rich girls from New York who are rich enough to consider Paris as just one of their travels of the year. The first couple episodes of Season 4, set in Paris, are a way to get to know the city. Who said you can’t get to know something about Paris through entertainment?!

Some of the lines of the main characters are stuck forever in the mind of people who still love the show after so many years it ended. Selected ones may even become the perfect Instagram captions for your shot of Paris!

Through the sharp words of the main characters of the series, you will have the perfect quotes to pair with your pictures.

Here are some selected Gossip Girl quotes about Paris, the American teen drama based on the novels by Cecily von Ziegesar aired from 2007 to 2012 on The CW.