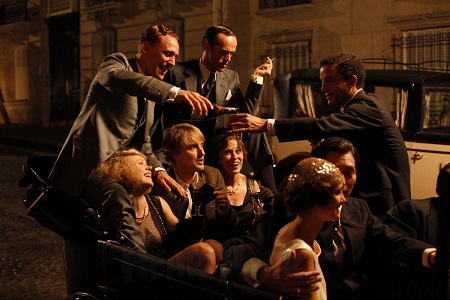 Restaurants from Midnight in Paris

Find out which are the restaurants used as filming places of Midnight in Paris, the American comedy by Woody Allen.

Midnight in Paris (2011) is one of the best films set in Paris. It is a sentimental comedy film directed by Woody Allen. It received 4 nominations for the Oscars in 2012, winning the arad for the best original screenplay.

This film gives you the possibility of traveling through time, meeting lots of artists who were in Paris in the 1920s such as Picasso, Dalì, Hemingway, Man Ray…
It is a declaration of love to Paris from Woody Allen.

Here is the list of restaurants and hotels used as a set in Midnight in Paris!