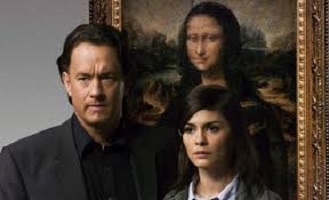 The Da Vinci Code is one of the most loved films shot in Paris.

Here I propose a collection of filming locations that you can easily visit in Paris. Whether you think that the book by Dan Brown is better than the movie by Ron Howard or not, once you know about the Da Vinci code you are always curious to take a closer look at some places!

Louvre
The Louvre is a must-see of Paris, whether you are into the Da Vinci code or not. Anyway, it is probably the most important place where the story takes place. I strongly recommend buying a skip-the-line ticket, better if with a tour. The museum is so huge that it would take more than one day to properly look at all the artworks. Tours are a good way to know where to pay more attention. At least in this case!

Hotel Ritz
The Hotel Ritz is where Robert Langdon stays in Paris. It is also one of the most historic accommodations in Paris since it was founded in 1898 by Cesar Ritz. This hotel has always been very acclaimed and famous, even before of the Da Vinci code movie!

Category: Paris Like a Local, What to See in Paris