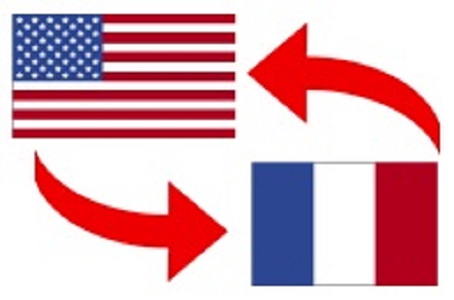 The fact that you are coming to Paris does not mean that you already know French! But how to communicate with French People that don’t always know how to respond in English? If you find yourself in real trouble, online translators may save your life! That is why I have made a selection of the best online translators from US English to French. After reading several reviews by the users, and after checking the functioning of each one, I become ready to post my list. Here is which is the best translator according to the reviews by the users.

From English to French, the best online translator

Note down the following sites to have the possibility to translate all you need.

Translate.Net is a fantastic translator. It allows you to translate phrases and words of any language with a click. What is awesome about this online translator is that it incorporates the most famous services in the same sector. This means that it uses google translate, Babelfish, Wiktionary, Systran, and so on. What’s new then? Translate.Net detects them automatically according to the language chosen by the user.

Gtrans totally relies on the online service Google Translate, which supports all the major languages.

Lingoes is an intuitive phrase and word translator software. It supports over 80 languages and integrates a lot of additional features. For example, using Lingoes you can collect information about correct word pronunciation!

Last but not least, FreeTranslate is an extension you can add to the Mozilla Firefox browser. It supports 10 languages and is easily accessible from the context menu of the open-source browser.