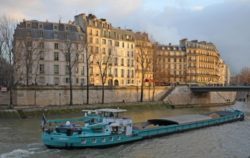 What to see on the Ile Saint-Louis

Find out which are the Ile Saint-Louis landmarks. It is an island full of attractions and historical references.

Ile Saint-Louis belongs to arrondissement 4 and it is very close to the other largest Parisian island, Ile de la Cité. This island of Paris is a quiet area.

Amber
Here you can enjoy a very Parisian atmosphere without the big city rush.

Plus, this little island offers scenic references. Just think at the famous Pont de Sully bridge. Or too green spaces such as the Barye square park. Also, there are many churches to see, such as the Eglise Saint-Louis-en-L’Ile, and many historic buildings.

Hotel de Lauzun is one of the most famous Ile Saint-Louis landmarks. It is located at the Quai d’Anjou. When you see it you immediately admire its baroque style. If you go inside, you can see sculptures, painted and interiors adorned during the reign of Louis 14. Also, in this palace stayed the poet Charles Baudelaire. Probably he wrote his famous “Les Fleurs du Mal” in here.

At Quai d’Anjou is the Hotel De Nevers, another special Ile Saint-Louis landmarks. Marquis of Lambert lived here. It is a palace build in 1640. This building has a 23-meter gallery with frescoes by Le Brun. Fantastic!

Moving to the Quai de Bourbon you can see another of the major Ile Saint-Louis landmarks. The Hotel Le Charron. It is a structure commissioned by Minister of Finance Jean Charron and built, between 1637 and 1640. Hotel Le Charron was strongly wanted by the French architect Bruand. Since 1912 it has been home to the atelier of the Belgian sculptor Yvonne Serruys and her husband, the writer Pierre Mille.

All these buildings are Hotel Particulier, a type of French housing that is also used in some areas of Switzerland and Belgium. The Hotel Particulier is a large luxury home whose dimensions are similar to those of a villa. The difference is that the hotel particulier is embedded in the city. Anciently, they could be inhabited by one or more families or be converted into a building for public use. Today, especially in Paris, they are luxurious condos or hotels.

Ile Saint Louis is a territory characterized by comfort, functionality, and elegance. Walkthrough its streets: you can admire refined and luxurious residences and houses of the greatest businessmen and architects. Even the churches are prestigious! For example, the most elegant of all is the church of Saint-Louis-en-l’Ile, designed by François le Vau, with wonderful Baroque interiors in contrast with the sober façade of the building.

When you go on the Ile Saint-Louis, go to the Société Historique et Littéraire Polonaise. It is a museum founded by the son of the Polish poet Adam Mickiewicz. Once there, you can read poems and documents on polish people persecuted in the world.

Category: Explore Paris, What to See in Paris
Share 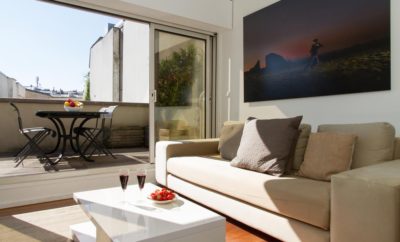 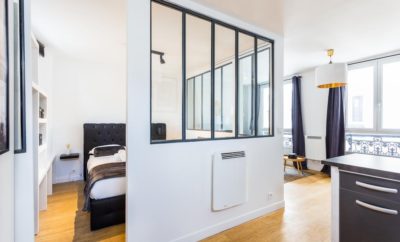