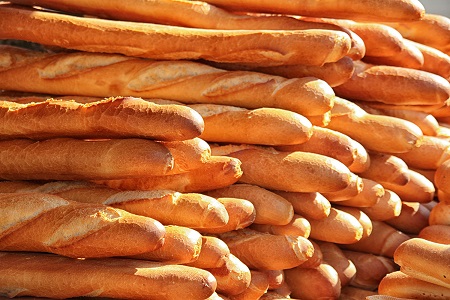 Where to eat the best baguette in Paris

Once you are in Paris you can’t miss the chance to taste one of its most traditional food, the baguette!

Baguette is the French bread par excellence. It is part of the image of the French People since the 19th century.

In Paris, you can taste the best baguettes in boulangeries. A boulangerie is a shop usually run by artisans that choose the raw materials and follow them through every stage of the production. From processing to cooking and selling.

The baguette is something important to French people. If you would like to know which is the best in the city, you can consult the results of the yearly competition held in Paris since 1994. It crowns the best baker in the city. La Parisienne, Le Grenier à Pain, and the Boulangerie Brun won the latest editions.

Here is where to go to taste the best baguette in Paris.