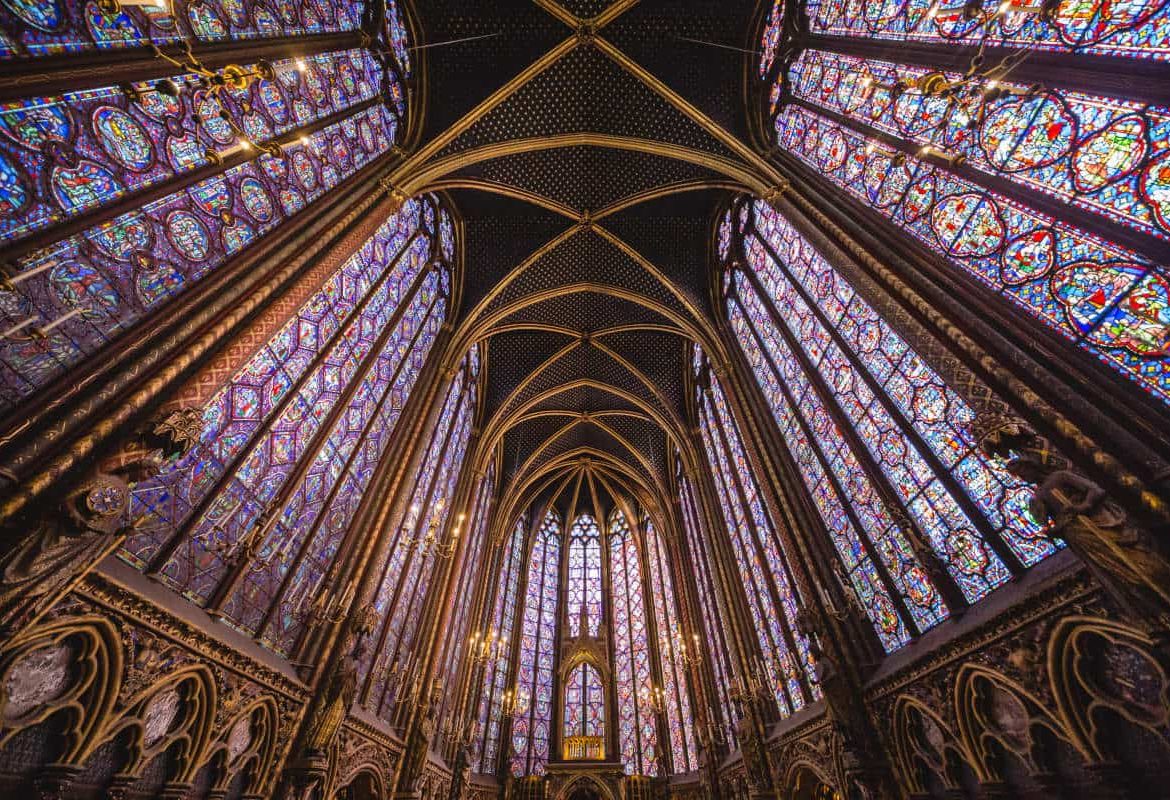 Churches in Paris to see

Gothic churches in Paris to visit are a lot! Here you can find the most peculiar ones to visit. Even if churches are usually considered a place for religious people, they also are some unique pieces of architecture. In Paris, you can visit lots of wonderful churches in a gothic style.

Some of the churches must-sees are in the very center of Paris, such as the Notre-Dame Cathedral. Others are in Paris Neighborhoods, such as the church of Saint-Denis. Keep in mind that most of them are free for under 26!

Amber
If you would like to know more about my proposal on how to spend your time in Paris, take a look at Paris Travel Planning!

The Panthéon de Paris is a neoclassical church designed by Jacques Germain Soufflot and Jean-Baptiste Rondelet between 1759 and 1789. It is 110 meters long, large 84, and high 83! Once you decide to visit the Panthéon de Paris, I suggest visiting the Luxembourg garden too.

Paris’ Panthéon is in the heart of the Latin Quarter, a district rich in cultural attractions. Just think that in the same areas there are many important universities of the city. If you want to visit the Panthéon de Paris, you can get off at Jussieu or Luxembourg metro stations. But, as I said, I would go to the Luxembourg garden first!

The opening hours of the Panthéon de Paris are from 10 am to 6.30 pm. The ticket cost is usually around 12 euros but there are many people who can access to the Pantheon in Paris for free:

Sainte-Chapelle church in Paris is one of the most important gothic monument. It is a Middle Age church, built-in 1248, who originally hosted holy objects such as the Holy Lance, and fragments of the True Cross. What is really peculiar of the Sainte-Chapelle church is that you can truly admire the vertical emphasis and the sense of weightlessness of its style.

Another great feature to pay attention to is the stained-glass that you can admire in every window of the church. The windows of Sainte-Chapelle are considered the finest of this genre.

If you want to visit Sainte-Chapelle church in Paris, you need to note down that the Sainte-Chappelle du Palais address is 8 Boulevard du Palais. Also, its opening hours are from 9 am to 5 pm. The ticket cost usually is around 10 euros. A group of people pays 8 euros. The access is free for people under 26.

Category: What to See in Paris
This site uses cookies: Learn more