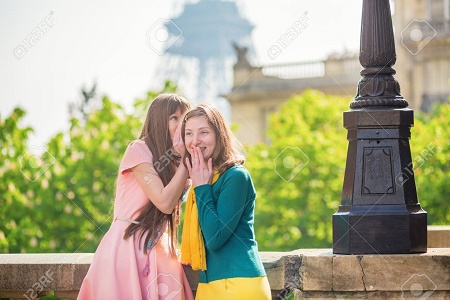 Here is an updated list of advice to know the Secret Paris.

You might already know that Paris is always stuffed with tourists. Travelers who just want to explore the city, merging with French culture, usually look for something more peculiar. I do the same! That is why I want to collect some piece of advice to collect the places that are not always so well-known and they are worthy of a visit anyway!

You might be thrilled from Quotes about Paris too!

Did you know that you can be in the very epicenter of
Paris? Most travellers that come to Paris don’t know
that they can find a stone circle that indicates the
traditional epicenter of Paris.
Look for it next to Notre Dame, on the right!

Amber
A secret about Paris I can tell you is: don’t miss Paris Catacombs!
It’s an important place to go to understand the history of Paris.
Go there on weekdays to find fewer people.
I can suggest going in Jardin des Colonnes, a secret park close to
Pont Alexandre III. You can rest there, smelling lavender.

Lucien
Where you can find the “secret Paris”?
If you want to discover something new and authentic about Paris as
the city of fashion, go to the Musée des Egouts.
It is a sewer museum that is unfairly not very famous.
It makes you understand how Paris became the city of fashion!
Did you know that you can visit a Roman arena in Paris? The greatest roman ruins in Paris you can actually visit it. Walk along rue Monge
and since go there, take the chance to taste a baguette!

Fleur
Before coming to Paris nobody knows which is the most colorful
street to visit.
One of the streets of the secret Paris is rue Cremieux, where you can admire the colorful architecture of the Carribean district!
You can eat all the crepes you want in Paris but only one is THE one: Galette, in rue du Montparnasse!