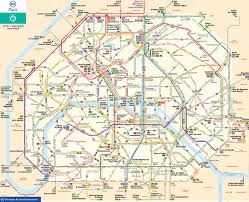 How to take a bus in Paris

RATP Bus lines are very useful to move around Paris. I think that taking a bus can be also an alternative way to visit the city staying really comfortable since you are seated.

When you have walked too much, it is ok to continue seeing the city from a window too! Plus, you have to consider that the buses arrive also where the metro can’t.

Remember that RATP buses are also those that you can take to go from the Airport to the city center!

To be honest, I think that in some situations, if you are not in a group of friends, taking a cab can be better. Mostly if it’s very late at night and you want to feel safe.

If you are in a big group of friends it is ok to take advantage of the buses. In Paris, you will find a bus, regardless of the time! Even at night, you can find the one that takes you near your apartment or your accommodation.

Amber
You will find a bus at every hour!

Taking buses in Paris might be a little confusing but once you have read the following simple instructions you will understand with a glance in which areas a bus goes.

And if it won’t be clear any way you can download the maps so you will master the Parisian buses knowledge!

Pay attention: during festivities, some lines may be not circulating or timetables might vary.

Admire Paris from the bus!

Paris by bus: What is the meaning of the numbers?

The numbers of bus lines are from 20 to 199. The history of this enumeration is that the first number used to indicate the main districts and the last ones the most peripheral areas.

This is not valid anymore: the routes have changed, so the bus lines with numbers from 20 to 99 circulate in Paris and the immediate neighborhoods.

The lines with numbers from 100 to 199 circulate the most peripheral areas.

Bus in Paris, from the airport to the city center

If you want to go by bus from the airport to the center of Paris, remember that the Roissybus goes to Roissy and from Charles de Gaulle CDG Airport to Paris and it works from 5.15 a.m. to 00.30 a.m. Plus, the Orly bus goes to Orly ORY to Paris from 5.35 a.m. to midnight.

Bus in Paris at night – Noctilien

If you need to move around Paris at night, note down that you can take the Noctilien. It is a bus system that starts from 5 big bus stations where you can take other transports that leads you where you need. There are 42 lines!

You will immediately recognize the Noctilien buses because of the N near the identification number.

Now that you know enough about the general information about Parisian buses, you can download the maps that might be useful for you.