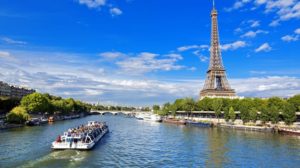 Crossing Paris on the Seine is a unique experience. Although many think it is very expensive, there are actually several formulas that allow everyone to take a ride on the Bateaux mouches.
In fact, the cruise only lasts an hour and allows you to contemplate the landmarks of the city with audioguide in the language at a price of about 15 euros while the most exclusive cruises include evening or night tours or the opportunity to have lunch or dinner on board.
Another possibility is to buy a special pass that lasts one or more days – the service is called batobus – to use the Bateaux as a means of transport while visiting the city! A very original alternative to the metro and bus …

Amber
A cruise in Paris is a bit mainstream but I love it anyway!

Crossing Paris on the Seine is a unique experience. Although many think it is very expensive, there are actually several formulas that allow everyone to take a ride on the Bateaux mouches. Want to know more? Link in bio!

Classic cruise on the Seine

The simple ride starts at Pont de l’Alma, near the Eiffel Tower and the Champs Elysées! Usually, the Bateaux also have a part covered by a window to avoid wind or rain.

If you are in Paris with your partner, go to the Pont des Arts: it is famous for the most romantic declarations of love! . . Want to know more? Link in bio!

Cruise on the Seine Timetable

In the summer, from April to September, cruises leave every 45 minutes starting from 10.15  in the morning and every 20 minutes in the afternoon. During winter, from October to March, the departures are scheduled approximately every hour from 11 a.m.

If you want to move around Paris using the Bateaux, you can do it! Among all the transports, you can also choose for a shuttle on water named Batobus. By buying your pass, you will have the possibility to go around Paris by at least 5 batobus stations in Paris, including the Eiffel Tower and the Jardin des Plantes.

It’s not the most comfortable way to move around the city since it is huge. Anyway, if you want more than a cruise on the Seine, this is a functional way to enjoy the Seine.

If you want to know how to take the batobus in Paris, go to Port de la Bourdonnais. You can go there by metro, getting off at Bir Hakeim or taking the RER C and getting off at Champ de Mars – Tour Eiffel station. 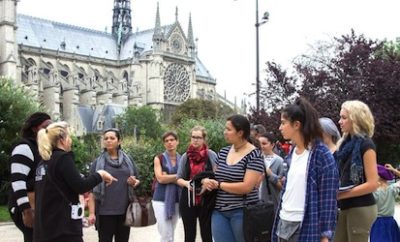