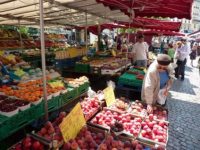 Market in Paris: which is the most famous?

If you go to a market in Paris, you join a tradition that started more than 4 centuries ago. The most ancient market in Paris that keeps going on dates back in 1615! This happens thanks to all the Parisians and tourists that still prefer to shop at markets rather than in stores.

Before listing the most important markets in Paris, it’s good to know that there are 3 types of markets:

Markets in Paris places to go and videos

Amber
Paris is one of the cities with the biggest amount of markets!

This is definitely one of the most important indoor food markets in Paris.
That is because it is the most ancient one in Paris since it was created in 1615 by the king Louis XIII, but also because since 1982, it has been a historical monument. It took its name from an orphanage located in the neighborhood where the children used to wear a red (rouge) uniform. It is famous for its many food stalls where you can find food from all over the world.

This famous market in Paris is the most chaotic one thanks to a big variety of wares that attract tourists and Parisians. Le marché di rue d’Aligre is also one of the cheapest and it’s divided into a food market and a small flea market where you can find things from Africa, Asia, and India. This colorful and vivacious market is a must-see.

Rue d’Aligre market is open daily, except Mondays, from 7 a.m. to 2 p.m. It is located at 3 Place d’Aligre, Metro Line 8 Ledru-Rollin.

Considered one of the most ancient markets in Paris, since it might go back to the XIII century, this is a place where you can find grocers, butchers, fishmongers and other food. The best way to describe le marché de Mouffetard is definitely through Hemingway’s words in ‘A Moveable Feast’, it is a ‘wonderful, narrow crowded market street’.

The Market of Belleville is a meeting point of different styles and cultures from all over the world, where you can hear many languages and buy fresh food. In fact, at the end of the day the merchants, to sell everything they have, lower prices giving the chance to make very good shopping.

Market Belleville is open on Tuesday and Friday from 7 a.m. to 2.30 p.m.
It is located at 63 Boulevard de Belleville, Metro Line 2 station Belleville.

Thanks to very low prices, this market is one of the most crowded in Paris. Here you can find not only food but also clothes, accessories and many other things at a “fair” price. It is not located in a very known part of Paris but if you want to know how a real French market looks like this is the place to go.

It is a well-known fact that the French people love organic food, so Paris could not do without an organic market. This is one of the favorites by the Parisians and is not a chaotic, crowded market where stallholders cry out their wares, but a peaceful and friendly one. Here you can find not only organic French and Italian food but also home-made toiletries.

The Parisian market in Batignolles is open on Tuesday and Friday from 7 a.m. to 2.30 p.m., is located at 63 Boulevard de Belleville, Metro Line 2 station Belleville.

This is the biggest flea market in Paris where more than 2,000 traders welcome visitors in the avenues of the first antique market in the world. Le Marché aux Puces de Saint-Ouen has a huge variety of wares also from the XVIII and XIX centuries and it offers also a service of ‘personal shopper’ in different languages.

Where to go shopping in Paris 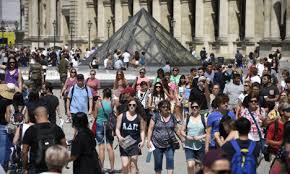 Paris for Free: top 20 thing...
Is it possible to visit Paris for free, without spending too much money? Yes it is, of course! You can enjoy few days or a ...
, 0